Victoria Point Magpies Jade Groenewege and Sean Baker have become the first players to win back to back Australian Championships Pairs, after recently taking out the title at the Merimbula Bowls Club, NSW. Jade and Sean won the event in 2018 and entered the 2019 QLD State Pairs with the outside hope of getting a chance to get back to Merimbula and defend their title.

Our Magpies managed to swoop their way into the State Pairs final earlier in the year, but were certainly up against it playing against International players Ryan Bester and Kevin Anderson, booking their spot back to Merimbula and the opportunity to defend a National title.

In the sectional play, our Magpies drew the Northern Territory, Tasmania and Australian Capital Territory and seemingly cruised through the sectional play with wins against the NT +9, Tas +8 and ACT +15. In the final the QLD combination were up against Aaron and Kane from South Australia, who battled their way through the tough section which included NSW, Victoria and WA, going through undefeated and obviously playing very well.

But our Magpie had one hand on the trophy and came out the blocks firing, picking up a 5 on the first of 15 ends and had scored 9 shots before their opposition got on the board. It was a tight tussle from there, with our Magpies maintaining control over the game, until the opposing SA skip started drawing some great shot and starting to slowly tick their score over. The SA combination didn’t count on Jade Groenewege turning up the heat, drawing some absolute hum dinger shots to rip the game away from SA and give our Magpies a 9 shot lead playing the last end….which obviously didn’t get played and our Magpies were crowned 2019 Champions, successfully defending their national title!

Well done Jade and Sean, what a great achievement and we are proud to call you Magpies! Carn the PIES! 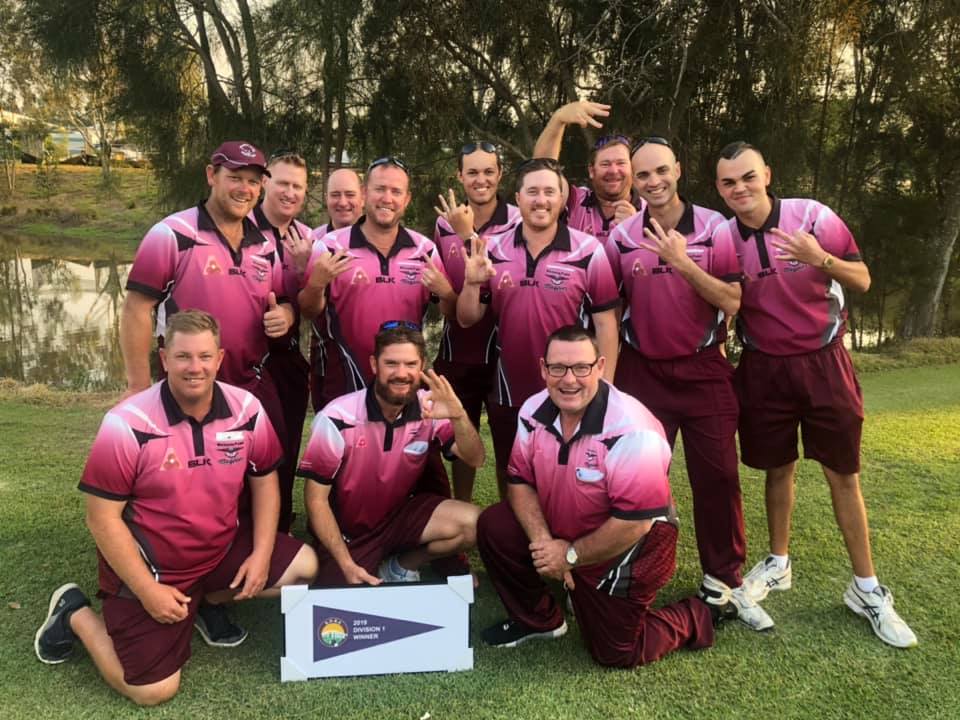 The Victoria Point Magpies have continued their dominance in the Gateway District Division 1 pennant, winning their 3rd consecutive Division 1 title.

The Magpies had a tough battle on their hands against a competitive Belmont side, that convincingly defeated the Magpies during the regular season and the Belmont Blaze come out in the final with all guns blazing! The Magpies were jumped early, with all 3 rinks behind after just a few ends and down overall on the big board 18-1.

But the experience of the Magpies dug in and fought their way back into the game, with everything pretty even at the half way mark, but the Magpies could see the finish line and kicked up another gear and walking away with a solid 19 shot win on all 3 rinks.

Well done Magpies on the 3Peat for Division 1.

The Magpies also won Divisions 3 and 5 in the Men’s Pennant and Division 3 for our Ladies, another great year for the Pies!

Our Victoria Point Magpies Ladies Club have won the 2021 Division 1 pennant flag playing Wellington Point at home. The Magpie Ladies stayed ahead overall for most of the game, eventually winning all three rinks.

Our Division 2 Ladies came so close to a title defence after getting the Runner’s Up flag in an exciting game against a strong Cleveland team. 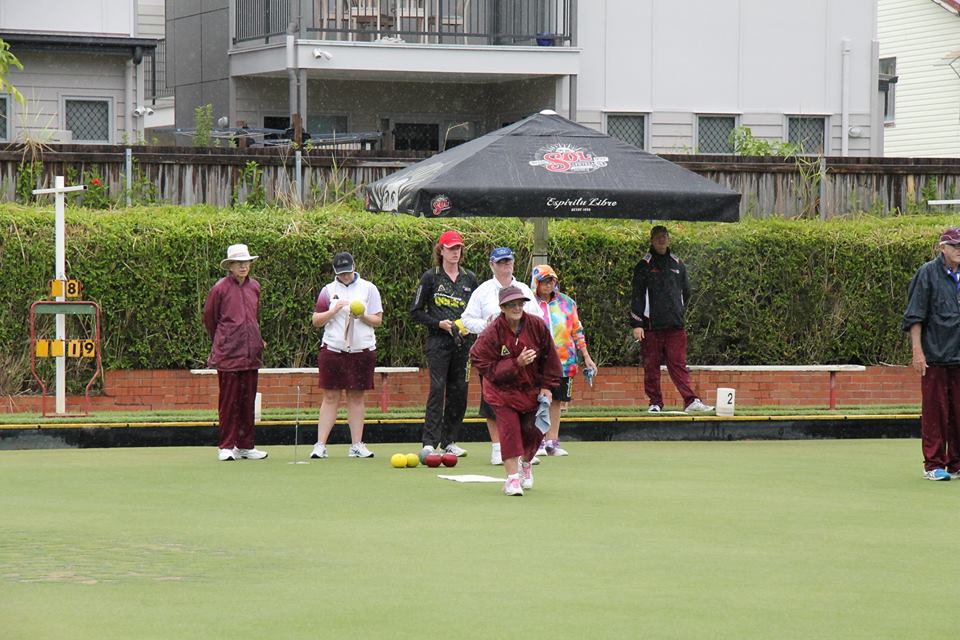 Magpie Kay Fick has taken out the Ladies Gateway Champion of Champion singles recently, after losing the home ground advantage due to inclement weather, the event was moved to the Manly Bowls Club…which appeared to suit Kay just fine!

Kay won the Magpies Club singles convincingly and was ready to take on the next stage of the event at the District Champion of Champions, with Kay receiving a home draw, with the event scheduled to be held here, at the Magpies Nest, but mother nature had other ideas!

Kay defeated C. Lawrence from Manly in the final, which was always poised to be a big game, playing the local player in the final. But this didn’t phase Kay at all, winning the title and gaining the Magpie Ladies the coveted Singles Title.

I am sure I speak for all Magpie Members when I congratulate Kay on her efforts and wish her all the very best in the next stage of the event…..the Zone playoff against the Gold Coast District. The Gateway! 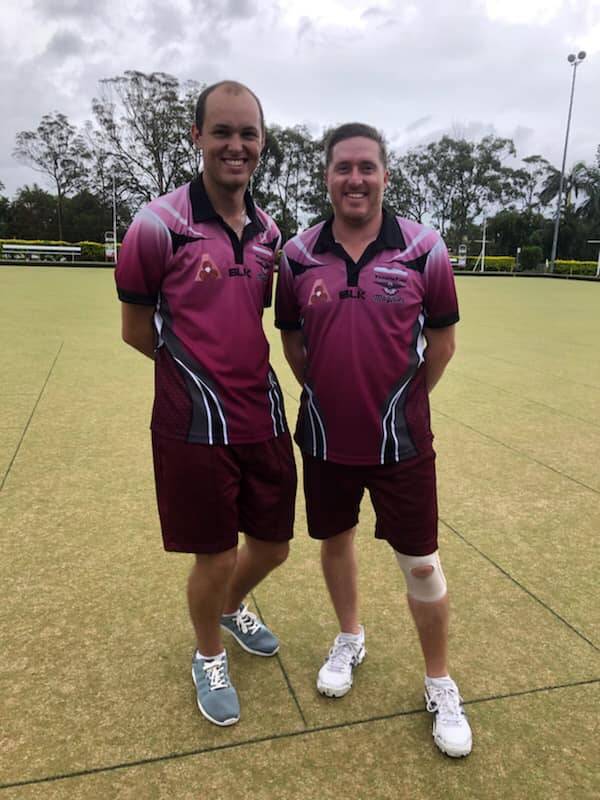 They have done it, Jason Carpenter & Jamie Nordlof (sk) have taken out the Gateway Champion of Champion Pairs after narrowly defeating young QLD star Jacob Nelson (sk) and his father, Greg Nelson, in a nail biting final. The Magpies were up by 9 at the halfway mark and looked to have control of the game, but as the ends got fewer, the margin got narrower and the Magpies found themselves up 21-19 playing the last end. But the boys held on, picked up a shot and ended up eventual winners 22-19.

Chippy and Nords had a tough run through to the final, defeating Greenslopes, Capalaba and Belmont to win the title. The win moves the Magpies into the next stage of the event, which is the Zone playoff against the Gold Coast winners!

That gives the Magpies the first of 3 Champion of Champion events, the next event is the Fours which is to be held here at the Magpies Nest, starting Sunday the 14th July and the Magpies again have a strong side representing them in Nathan Earle, Mitchell Cameron, Jamie Nordlof and Scott McLachlan (sk).

The singles will finish off the Champion of Champion events, with Jason Carpenter ready to again represent the Magpies. The Singles is being held at Cleveland Bowls Club on Sunday 28th July.

Well done again to Jamie and Jason and good luck in the upcoming events! Go the Magpies!

Tony is a talented player, you will constantly find him down the club fine tuning his skills and whilst doesn’t play Pennant full time, is certainly a very capable fill in for the top grade when players are away.

I’m sure I speak for all members congratulating Tony on his success, well done and we all look forward to seeing if you can make it a 3peat! 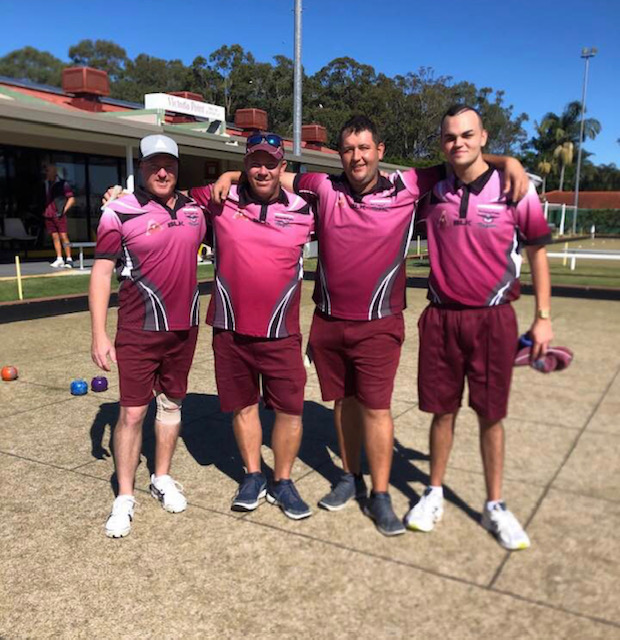 The Magpies Club Fours Final was played, with Magpie Member Jason Carpenter vying for the clean sweep of the Major Club Championships!

But Scotty Mac and his boys had other ideas and came out of the blocks hard at the start of the game, jumping to an early 6 shot lead. Big Jadeo played a bomb to fire his boys up and get them in the game, stringing a few ends together to get back to within 1 shot of Scotty and his boys, 7-8.

It was neck and neck in the dying stages of the game, with Jason Carpenter only 3 shots behind with 2 ends to play and only 3 shots from completing his clean sweep! Jade crossed over holding 1 shot in a head that could go either way, with both teams looking vulnerable at dropping numbers. But the head didn’t change giving the boys needing 2 shots on the last end to force a tie break, or a 3 to win!

Holding 2 shots before Jamie Nordlof (playing 3rd) was playing his last bowl….and it was a howler! Jamie trailed the jack a couple of feet giving his team 4 shots and leaving Big Jade a Big Job to sneak the win, needing to get the jack in the ditch to make 3, missing 1 bowl wide with his first and missing by even less with his next, giving Scotty Mac and his boys the win in what was a great final! 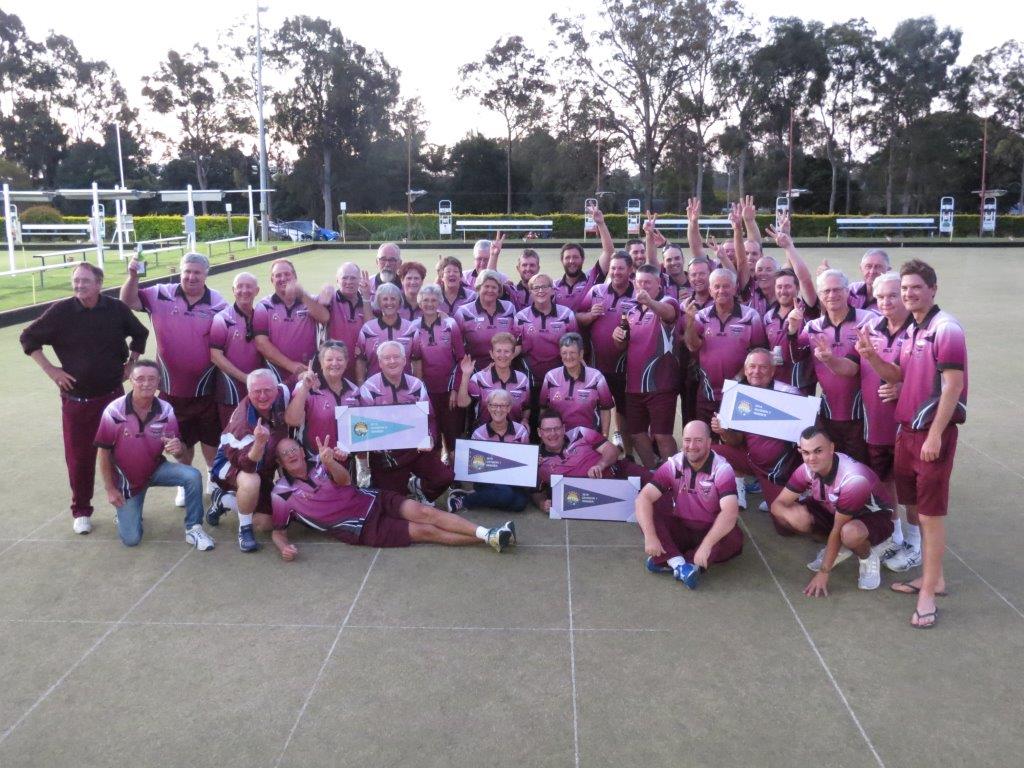 The Victoria Point Magpies will be hosting in-house pennant trials on Saturday 15th and Saturday 22nd of June, starting at 1.00pm on both days.

Pennant trials are an integral part of the selection process, with such a large list of nominated players and 6 grades to fill, player participation is encouraged. With such a talented players pool to select from, selections are never easy!

This year the Magpies have been entered in Divisions 1, 2, 3, 4, 5 and 7. Both Divisions 1 and 2 are looking for a 3peat of flags for their respective grades, with the pennant trial on the 22nd of June being the big matchup between the two teams, as sledging and heckling has been flung quite heavily in both directions….so the BATTLE OF THE MAGPIES is here! The game will start marginally later than other games, hopefully allowing other members to finish, grab a cold beer and watch what should be an exciting finish!

Also a congratulations/commiserations to our elected Selectors for the 2019 season, the selectors are; Sean Baker (Chairman), Mitchell Cameron, Ron Osland, Ray Beale, Col Pollock, Peter Allford and Ian Blackie, with Don Carter sitting in as the Men’s Committee representative.

Good luck to all the Magpies in the coming season and let’s bring some more flags home to the nest! Go the Magpies!